NO INTERNATIONAL TOURNAMENT OF THE PICCOLOS OF FRIBOURG IN 2022

NO INTERNATIONAL TOURNAMENT OF THE PICCOLOS OF FRIBOURG IN 2022

Fribourg, October 11, 2021 - It is with great regret that the organizing committee of the International Piccolo Tournament of Fribourg announces that due to the current situation, it is forced to cancel the tournament that was to take place from April 14 to 17, 2022.

The organizing committee of the International Tournament ofthe Piccolos of Fribourg has fixed the new dates for the 25th edition. The tournament will take place, in principle, from the 14 to 17 April 2022

NO INTERNATIONAL TOURNAMENT OF THE PICCOLOS OF FRIBOURG IN 2021

It is with great regret that the organizing committee of the International Tournament of the Piccolos of Fribourg announces that due to the current situation, it is forced to cancel the tournament which was to take place from April 1 to 4, 2021.

Pre-registrations for the 2021 tournament are open

Possibility for pre-registration on our website (see contacts). The registration is not automatic as the numbers of participants is limited. Mr. Laurent Marchon is responsible for the registration and he will confirm it to you.

25th edition of the International Piccolos Tournament in Fribourg

The 25th edition ofthe International Piccolos Tournament in Fribourg will take place in 2021. The organizing committee has decided to postpone the tournament due to the construction work in progress at the BCF Arena for the next two years. A lack of infrastructure and the uncertainty of the detailed schedule of the construction work make it impossible to organize the tournament. We will be back with a special 25th edition in 2021! 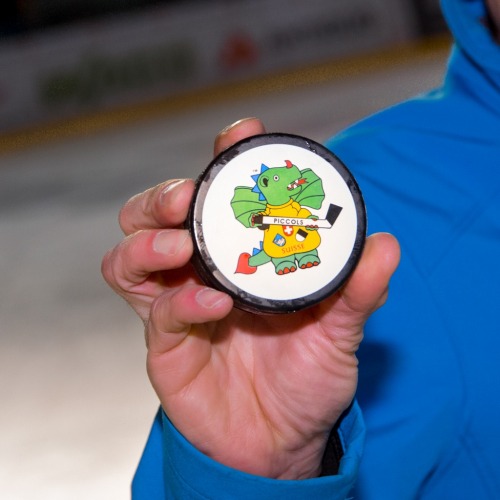 Movie of the Capitals of Aosta 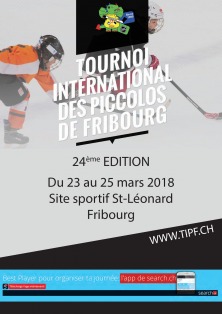 In preview, discover the "Libretto 2018"!
It will be available at the information desk as a print version.

"NHL andthe NHL Shield are registered trademarks of the National Hockey League. NHL andNHL team marks are the property of the NHL and its teams. © NHL 2018. AllRights Reserved.

TIPF adopted "Declaration of Principles" of the NHL

The International Piccolo Tournament of Fribourg (TIPF) has adopted the Declaration of Principles, a set of commonly shared beliefs
from the NHL and 16 other hockey organizations internationally. This joint statement advocates hockey as a platform for participants
to strengthen their character, adopt positive values, and develop important life skills that extend beyond the game. 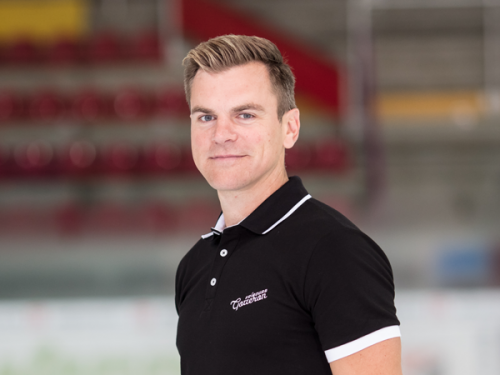 The Organizing Committee of the TIPF is pleased to present you the guest of honor of the 24th edition.

Pavel Rosa, former player of Freiburg-Gottéron but also of the Los Angeles Kings, will do us the honor of his presence and will rejoice, without doubt, the young and the old actors of the tournament. 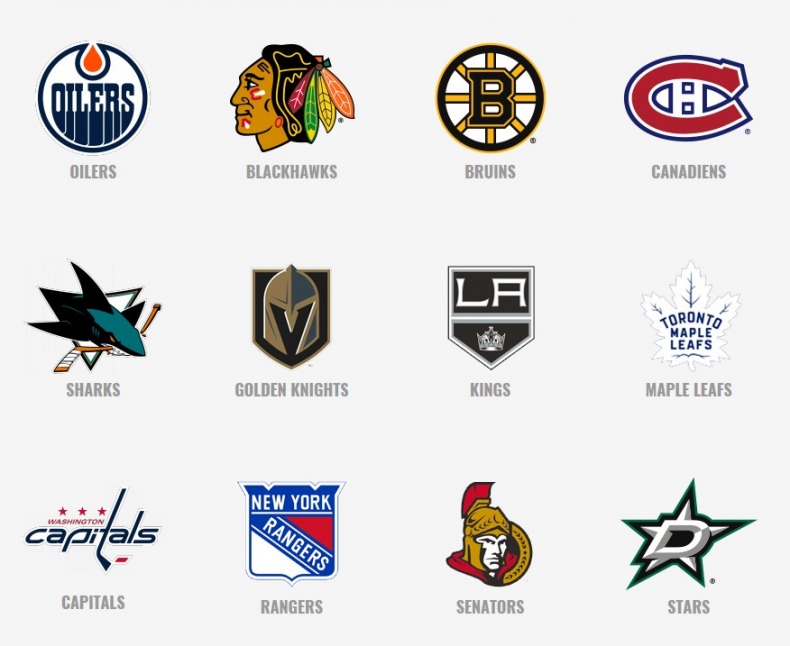 The pictures of the 23rd edition of the TIPF are online.

If you wish to participate actively in the organization and implementation of the 23rd edition of the TIPF, please fill in this form and return it before 1 February 2017 by sending the registration form.

In 1993, the TIPF (Piccolos International Tournament of Fribourg, Switzerland ) is born in the mind of some ice hockey fans. The initiators, all members of the junior department of the Hockey Club Fribourg-Gottéron, realized that the young hockey players where going to tournament in Switzerland and abroad but that nothing similar existed in Fribourg.

As result the first tournament took glace in March 1995 and this event grew regularly and is now a non avoidable event of the Fribourg ice hockey environment.

The TIPF is also called The NHL Tournament of Fribourg, thanks to an agreement settled with the NHL organization. During the Tournament each competition is wearing the colors of one of the prestigious NHL Teams.

In the beginning organized as part of the Fribourg Gottéron Hockey Club, the TIPF is since 1997 independent. It is still enjoys an excellent support from the club, for what the TIPF is thankful to HC Fribourg-Gottéron.

The information event for the volunteers will be on

The Organizing Committee of the TIPF is pleased to present you the guest of...